John Hamer was the first Hamer to dive into the lumber industry in the early 1900’s. John worked at a logging camp for a company called Predergast. He fell in love with the camp cook, Sally. They married and had a son who they named James Prendergast Hamer.

In 1937, James P. Hamer started the J. P. Hamer Lumber Company that grew to include 7 sawmills, two truck flooring plants and several dry kiln locations. He actively promoted good forestry practices. In 1957 his efforts were recognized when he received the West Virginia “Conservationist of the Year” award. James P. Hamer was considered the “dean” of West Virginia sawmillers by those in the industry.

Both James P. Hamer and Jim C. Hamer devoted most of their working career to this industry and its people that they so dearly loved. Both served as President of the National Hardwood Lumber Association (NHLA) and President of the Appalachian Hardwood Manufacturers (AHMI), as well as board of directors for these organizations and many others. They devoted much of their time to genuinely help better the hardwood industry as a whole. Timber Processing Magazine named Jim C. Hamer their Man of the year for 1999 due to “his commitment to employees, philanthropy, and leadership in the timber industry.”

Our story continues with Jim C.’s children, Lori, Steve, and James (Jim) P. Hamer II, the fourth generation of Hamers who have been involved in the lumber industry.

Jim P. Hamer II helped the family develop a wood pellet fuel business when they wanted to utilize all of the sawdust the operations were producing before moving on to start his company trading futures. Lori & Steve Hamer have worked for the family business for over 35 years. Lori is currently the President of Hamer Pellet Fuel and an officer of Jim C. Hamer Co. Steve Hamer is the current president and chief executive officer of Jim C. Hamer Co. as well as Vice President of Hamer Pellet Fuel. They both carry on the family tradition of serving on the board of directors for many organizations to help the industry.

Today Stephen Hamer, Steve Hamer’s son, is the 5th generation to work in the family business.

Our business has steadily grown throughout the years as we have proven that we’ve kept to our roots. While our company has grown, our mission has not changed. We started off placing a high focus on the quality of our products, and we have never wavered from the standards our founder set in place. We have persisted through hardships and recessions to become the company you see today. We continue to produce the finest Appalachian Hardwoods that our company was built on and that keeps our customers coming back year after year. We continue to implement environmentally sound forestry practices to ensure a sustainable forest for future generations. 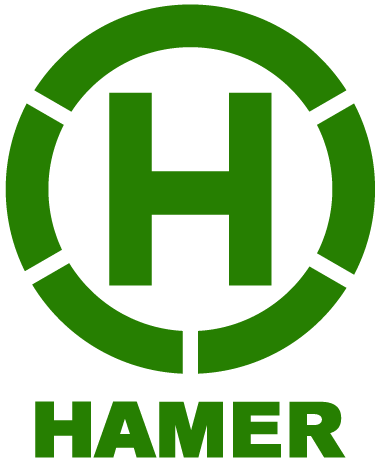